Currently I need to move a bit of data around. I like to use Kettle for this type of work rather than writing custom scripts for a number of reasons (which I won't discuss here).

Anyway here is a quick tip I want to share with whomever it may concern. It is not rocket science, and many people may go "duh!" but I hope it will still be useful to others.

Quite often, you need a batch task, like truncating a set of tables, deleting data, dropping constraints etc. In kettle, you might model this like a job. In this case, each separate action can be modelled as a step of the job.

The following screenshot illustrates this approach: 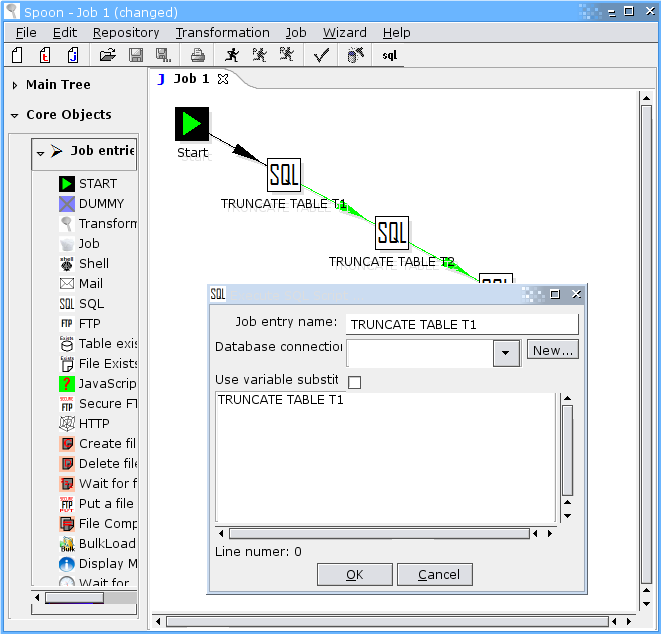 So here, each step is just an SQL statement that performs exactly the task you want and the steps are connected in order to perform the tasks sequentially. (You could also fork and start multiple steps in parallel). 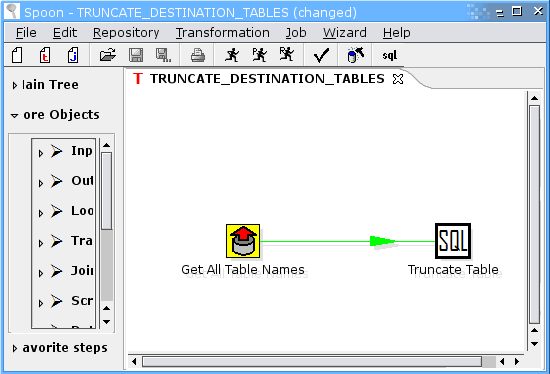 Here, the first step fetches all the table names from the current database using the following query on the MySQL information_schema.TABLES table:

(In fact, we don't even need the information_schema to do this - the SHOW TABLES statement works just as good - Kettle doesn't care whether we use a genuine SQL statement or a SHOW statement, as long as it returns a result set.) 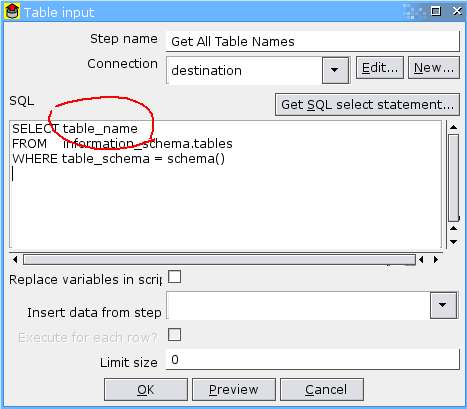 The next step can now be driven using the data from the table input step. The following screenshot may clarify this: 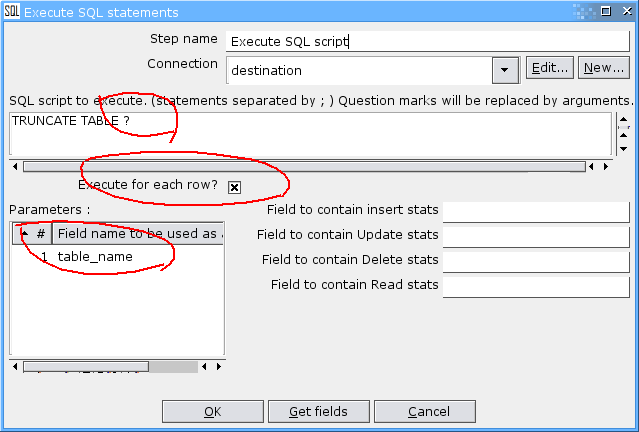 (Note that in itself, the SQL script step is not data oriented: no data can flow out of this step, so it really is a task which just happens to be data driven. However, the data input will pass through and is still available as output of the SQL script step).

Second, we need to write our script so that it accepts the data as input. In this case, the script consists of just a TRUNCATE statement:

The question mark here serves as a place holder for values received at the input of this step.